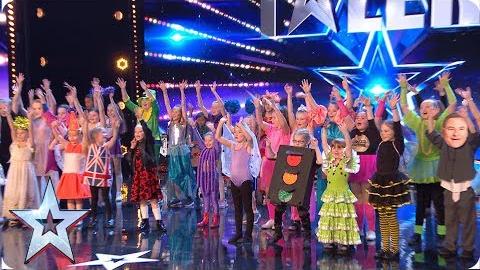 It's back, the usual collection of Britain's misfits have been selected to reach the semifinals. While auditions are edited to ensure the best camera angles and to cut out awkward pauses - it's not a luxury available for the live shows. Those with an actual skill need to ensure their act is slick and has good pace across the allotted time.

Semifinals can throw up surprises as well, it's often the case that the hotly tipped acts absolutely bomb on the night and a completely unforeseen contestant sails through, these tend to be difficult to identify, particularly before seeing the act in question, or indeed the crucial running order. Nevertheless, we'll be updating this article every day of the semifinals, analysing each contestant and how we think they'll get on.

Our Prediction: Very hard to predict tonight's as a lot rests on the performances themselves. A good chance for a big-priced winner to come in. Wouldn't recommend betting anything other than in-running. I'll go with Matt Stirling to win. Faith and Vardanyan Brothers judges choice.

Our Prediction: Opposing Chapter 13 for the win can land you some big money and I'll take that chance. I'll go with Colin Thackery to win. Chapter 13 and Kojo judges choice.

Our Prediction: I want to say Graeme wins but I'll not put too much faith in the British public and instead guess that Mark wins tonight. Graeme and Jimmy as judges choice.

Our Prediction: Leanne Mya looks the most likely winner on paper so I'll go with her, Barbara Nice and Jonathan Goodwin as judges choice.