The Circle - A TellyStats Editorial 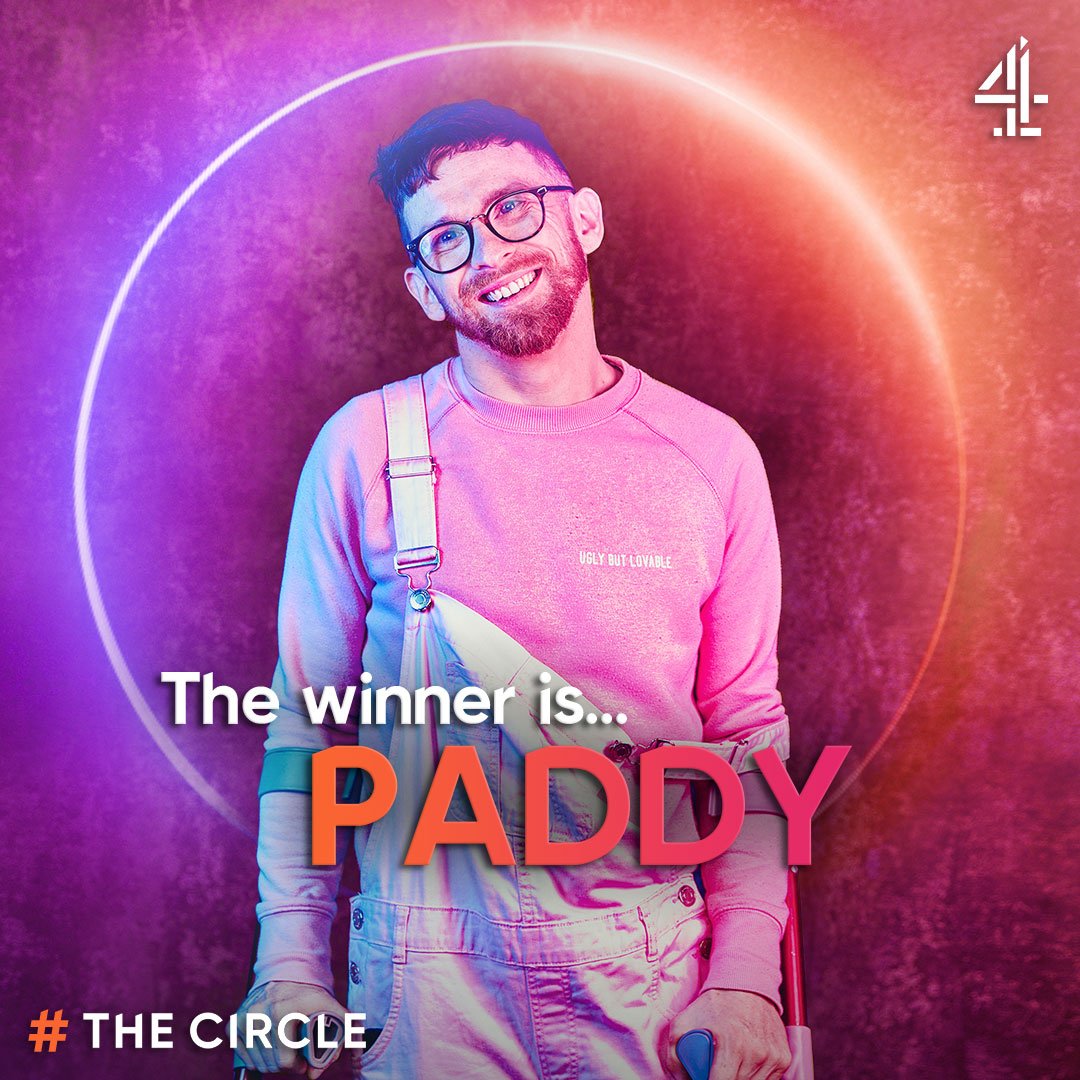 TellyStats didn't cover The Circle last year, but we decided to add it to our roster of monitored reality shows this year - and what a good choice that was. After so many years, it's easy to become jaded, cynical and tired of the entire genre of Reality TV, perhaps because of overexposure, producer manipulation or just a decline in quality. The Circle feels like a much-needed shot in the arm.

Last night, to the consternation of many, Paddy Smyth won the 2019 series of The Circle. My view though is that the people expressing dissatisfaction are really missing the point. The Circle is not about ending on the 'right' or 'wrong' winner, it's about a set of tactics mixing together and producing an output, where a slight pivot by a single contestant can have knock-on effects and change everything - adding to the intrigue are the contestant's attempts to keep track and stay on top of all this going on. Anyone who knows how The Circle works would have known that Paddy and Georgina would be the final two contestants standing, despite arguably being minor characters throughout. Far from being a negative, that for me is the beauty of the show. The leading tacticians all blocked each other's path to victory, leaving those along for the ride to reap the rewards that had been inadvertently left out in the open.

The very nature of The Circle cries out for intelligent - even Machiavellian - contestants, the most tactical contestants all seemed to make it to the final stages whereas the Love Island-esque airheads were predictably one-dimensional, not particularly bright, and were quickly picked off. Big Brother's problem was that trashy idiots were surrounded by other trashy idiots, amplifying the trashy idiocy. That contestants are kept in isolation from one another means that idiocy is quarantined, thus making the show far more tolerable to watch.

While we enjoyed The Circle, we want to highlight areas that we think The Circle can improve upon in this article in the hope that Channel 4 producers will read and take note.

Contestants entering The Circle as catfishes place themselves at an immediate and distinct disadvantage without any kind of additional benefit. Catfishes should receive an added cash bonus if they win the public vote or the final Circle rating. Catfishing is a hard act to maintain and is deceptive by definition - that deceit means that they need to work twice as hard to appeal to other contestants, as well as the viewing public whose initial reaction will always be to dislike liars - even when they're entertaining.

The live shows often received a negative reaction on Twitter, the reasons are simple and avoidable. Emma Willis is a wonderful presenter but the live shows feel remarkably similar to 'Big Brother's Bit On The Side' in their tone. You have the non-entity 'celeb' guests, the screaming, whooping and hollering audience - you almost expect that tiny 'Big Brother' mic to appear and be shoved into the audience's faces so they can give their worthless (but loud) opinion. It feels tacky.

Attempting to appeal to the lowest common denominator will decrease the longevity of the show and turn people off. I'm perhaps stereotyping a little, but the group of people who love watching Scarlett Moffatt give her opinion are probably not the same group of people who care to watch 3 weeks of contestants sat on the sofa talking to one another. The feel of the live shows compared to the prerecorded shows is jarring, and the audience reaction appears to confirm it.

Predictably and unimaginatively, The Circle has targetted itself at millenials. The only reason I can see behind this is that The Circle is an 'app', which is a flimsy reason at best. Older people, even ones that don't use the internet can grasp the concept of appearances vs reality in social situations and the implications and consequences therein. The branding of the show is alienating to the older demographic, even when the show's premise would likely appeal. The Circle also tries a little too hard to be irreverent and quirky to appeal to the yoof, who are probably less likely to watch TV in the first place. Tone down the hysterics of the live shows, focus on the tactics, stop talking to the audience as if they're teenagers.

There is a good reason shows like 'Strictly Come Dancing', 'Great British Bake Off' and anything by David Attenborough are often the highest rated shows on TV - it's because they target quality. Targetting quality will generate an audience, targetting an audience will not generate quality.

I'm certain this will change next year but the earliest start time for The Circle was 10pm, the number of complaints that people have work in the morning would suggest it's not just millenials watching.

Turn Up The Heat:

I'm not usually in favour of 'twists' or producer intervention, but I think The Circle can ramp up the paranoia just a tiny bit. The joy of the show comes in the constant shifting of tactics and the contestants second-guessing their intuition. Work with it and give more opportunities for contestants to manipulate the game in their favour, encourage tactical play. Examples could be: Giving contestants the opportunity to read other contestant's private conversations, allowing contestants to pose as other contestants for a brief while, as well as more 'anonymous' tasks. Too many people coast through by being pleasant to one another - it would have been wonderful if, for example, a contestant were given the opportunity to give the foundations of Tim and Woody's relationship a good, hard shake and see what new dynamics resulted.

In a show where everybody is perpetually unsure and insecure, players will naturally gravitate to what they know. Contestants that enter late face a series of closed doors that resulted in most of them being blocked quickly after entering. Even Paddy, despite his win was always in the mix to leave. Find ways to ensure that newer contestants can integrate themselves quickly.

This is one that will probably be controversial but it may be worth ditching the public's winner. Contestants know that even if they don't play 'the game', they still stand a chance of a big payout simply being being nice and everyone's friend. Commendable, but a bit boring. Tim won the public vote and gave the audience what they wanted, but because he won the smaller sum compared to Paddy, the audience remained unsatisfied - the audience never will be satisfied if the internal rating and public vote result are different contestants - I say, don't even try. Ditch the public vote and it'll encourage contestants to be smart in order to reach that prize money internally within The Circle.

A few points above, but overall the show felt like quality viewing. I hope Channel 4 are able to keep it up by not falling into the obvious pitfalls that so many other shows have succumbed to. I look forward to the next series.

What did you think of our suggestions? Do you have any more? Let us know in the comments section below.

Too many new contestants coming in through the show is a problem, they get picked off before they can manipulate the group into supporting them.
Starting with six contestants, then have two coming in for every one going out due to being blocked for the first half of the show, then no new runners would give the newbs a better chance.
Part of the charm of the show is it combines a show like gogglebox with reality TV, what keeps the contestants reactions honest is they can't lie to the camera then act differently in their app interactions, he public prize vote is not too much of a problem if it is kept small, as contestants will not get to the end without playing the game a little.
My enjoyment of the show next year would be most improved by more betting opportunities, if too many twists are thrown in this is less likely, twists always feel like the producers are not very confident in the format, I'm happy for the format to remain mostly unchanged.

Betting On The Blockchain - What It Means For Bookies Britain's Got Talent 2019: Semi-Final Predictions