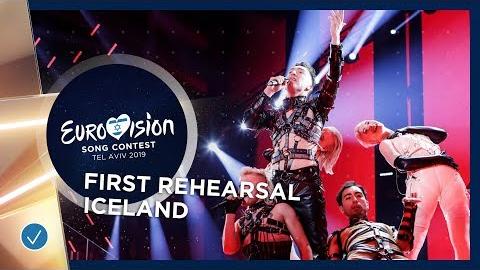 The semi-finals are finally upon us! I was lucky enough to travel to Tel Aviv to watch the rehearsals in the Press Centre (and occasionally live in the arena). With regards to rehearsal footage, the official Eurovision channel is really only active on YouTube, so although we would normally want to analyse info from various platforms, we'll have to work with what we have.

Tabled below is a list of all the first semi contestants. It lists the YouTube Views and Likes for both the first and second rehearsals. Whether or not they're in the Top 10 for that particular metric is indicated by a green or red background colour.

All stats from 1 Day scale. Click column headers to reorder.

As things currently stand, my qualifiers for this semi are: Greece, Cyprus, Iceland, Australia, Slovenia, Serbia, Belarus, Poland, Hungary and Belgium - in that order.

Remember, these are only YouTube stats so our options are limited. Come the semi-finals we're going to have ALL stats monitoring, Twitter, Facebook, Instagram, YouTube and Twitter Live. We'll get a much more rounded picture of the situation. The above prediction is based on the stats and my viewing of the rehearsals here in Tel Aviv but as ever, take with a pinch of salt - look at the stats yourself and draw your own conclusions. The vast majority of our bets will be placed in-running.

Great analysis tellystats. Look forward to all the other SM metrics in the coming days.