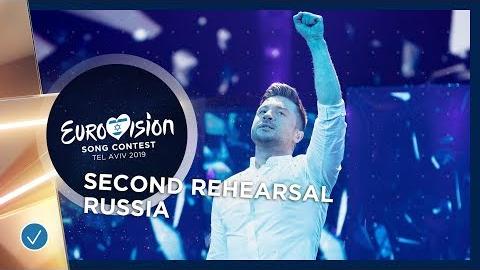 After an exciting and rather surprising Semi 1, we now move onto the second (stronger) semi with the likely Eurovision winner. With regards to rehearsal footage, the official Eurovision channel is really only active on YouTube, so although we would normally want to analyse info from various platforms, we'll have to work with what we have.

Tabled below is a list of all the second semi contestants. It lists the YouTube Views and Likes for both the first and second rehearsals. Whether or not they're in the Top 10 for that particular metric is indicated by a green or red background colour.

All stats from 1 Day scale. Click column headers to reorder.

Overall, I think the stats have more-or-less come out where most of us would expect them to be (barring the Russia-diaspora effect). Compared to the previous Semi, I find this one to be much simpler to call, you have a strong number of 4x Qualifying stats and a strong number of 4x Non-Qualifying stats, both can be counted and discounted respectively. Ignoring Croatia, you're then left with North Macedonia, Romania, Albania and Norway in the 'Maybe' pile. As things currently stand, my qualifiers for this semi are: The Netherlands, Russia, Sweden, Azerbaijan, Switzerland, Malta, Norway, Armenia, Romania, North Macedonia - in that order.

Remember, these are only YouTube stats so our options are limited. Our Semi 1 Rehearsal stats article was pretty good (a review of the stats will come after the contest has finished and I'll explain why), the numbers that come in on the semis themselves tend to be much more indicative of the final result. Also don't forget to take jury points into account as the stats here reflect the televote only. The above prediction is based on the stats and my viewing of the rehearsals here in Tel Aviv but as ever, take with a pinch of salt - look at the stats yourself and draw your own conclusions. The vast majority of our bets will be placed in-running.