Review: Cesar Sampson - Nobody But You - Austria 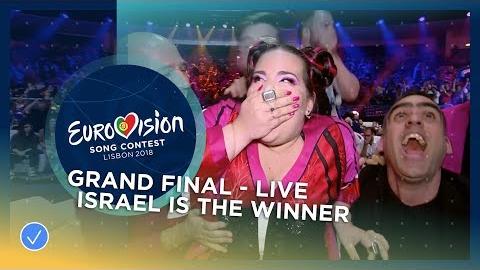 What a final that was, and what a Eurovision overall! Israel came out on top in the end. We couldn't be more thrilled with the result and in particular, the accuracy of our stats. If you'd been following the TellyStats articles with tips on how to read the stats as well as hints as to where diaspora may be influencing the counts, you should have done well.

The TellyStats website was packed with punters and Eurovision fans checking the stats, the server was running over a stable capacity at some points but luckily it still chugged along, albeit a little slower than normal. At 10:44pm after all acts had performed but before the results were called, we posted:

The stats say that #Eurovision is as everyone suspected, between Israel and Cyprus.

How did we make that call? Admittedly they were both favourites so hardly rocket-science but our call was based on the stats too. Often after an event we get people messaging us pointing out individual stats that don't fit the result, occasionally the stats are completely off, but most of the time it's the individual not taking enough information into account. If read holistically with context in mind, the stats are highly accurate. We are working on ways that will make it easier for people to discount obviously misleading stats but we'll go through some simple methods in this article.

The table to the left shows the average stats share for all countries across all social media platforms. So if Country X got 5% on Facebook, 5% on Twitter, 5% on YouTube and 17% on Instagram, that would total 32% divided by 4 categories, giving an average of 8%.

We first want to point out that there are still other considerations that need to be made, but doing things by this method is far superior to just looking at Facebook stats, or just looking at Twitter stats. If one set of stats is extremely different to all others, averaging them out helps to minimise that difference.

Looking at the table on the left, in a field of 26, just a few percent can make a big difference - and what do we see? The top 3 by a decent margin are Cyprus and Israel followed by Italy.

Now we hit some interesting results, the average odds have Lithuania, the UK, Ukraine and Spain next, followed by the Czech Republic and Albania. Here's where we have to start thinking smart.

Context: First off, let's immediately discount the United Kingdom from this list. The only reason it got the stats it did was because of the stage invasion, so let's throw that one away.

Outliers: Lithuania and Albania topped our Facebook stats in both the final and their semi, but did MUCH worse in all other platforms. This suggest that Facebook is highly popular in those countries and it would be wise to discount the Facebook stats. Across Twitter, YouTube and Instagram Lithuania would then get an average of 2.75% and Albania would get an average of 2.67%. One of our priorities will be to make a page that makes it clear which stats should be treated with suspicion based on one set of stats vastly outweighing others. On this basis, Lithuania and Albania can now be discarded.

Diaspora and Social Media Presence: This is the hardest one to verify on stats alone and your own judgement needs to come into play. We'd mentioned Spain in our previous articles getting incredibly high social media stats. In our last article though, we speculated that Spain's diaspora was pushing things up. We then watched Spain's performance in the live final. It was abysmal and yet, up went the stats. That's when you know something's wrong and to be extremely wary of placing money on Spain.

With the UK, Lithuania, Albania and Spain discounted, you're now left with a pretty accurate representation of the televote. But wait, there's more, why is Cyprus still beating Israel? This is where we have to get really mathematical. I'm not going to go into the extreme details but the basic premise is that Israel's average percent was 7.68%. They got 5.92% on Facebook, 7.93% on Twitter, 9.83% on YouTube and 7.06% on Instagram. None of their stats on ANY platform veered too far from their average which gives them a high degree of reliability.

Now let's look at Cyprus, their average was 9.64%, but their Facebook average was 5.52%, Twitter was 7.07%, YouTube was 15.92% and Instagram was 10.05%. So their stats, despite being higher overall were much more unstable and therefore less reliable than those of Israel, still high enough to be a threat - but enough wiggle room in the uncertainty for Israel to be winning. By the way, who tops the list of unstable stats by this measure? Lithuania and Albania...

These are very simplistic methods that can help you to improve your reading of the stats. People with stats-based backgrounds are probably tearing their hair out right now but I'm trying to explain this in as much of a 'mass-market' way as possible so that it's easy for anyone to pick up. As the site develops we'll be implementing pages that make it clear which stats are more reliable so that you don't have to do the maths. 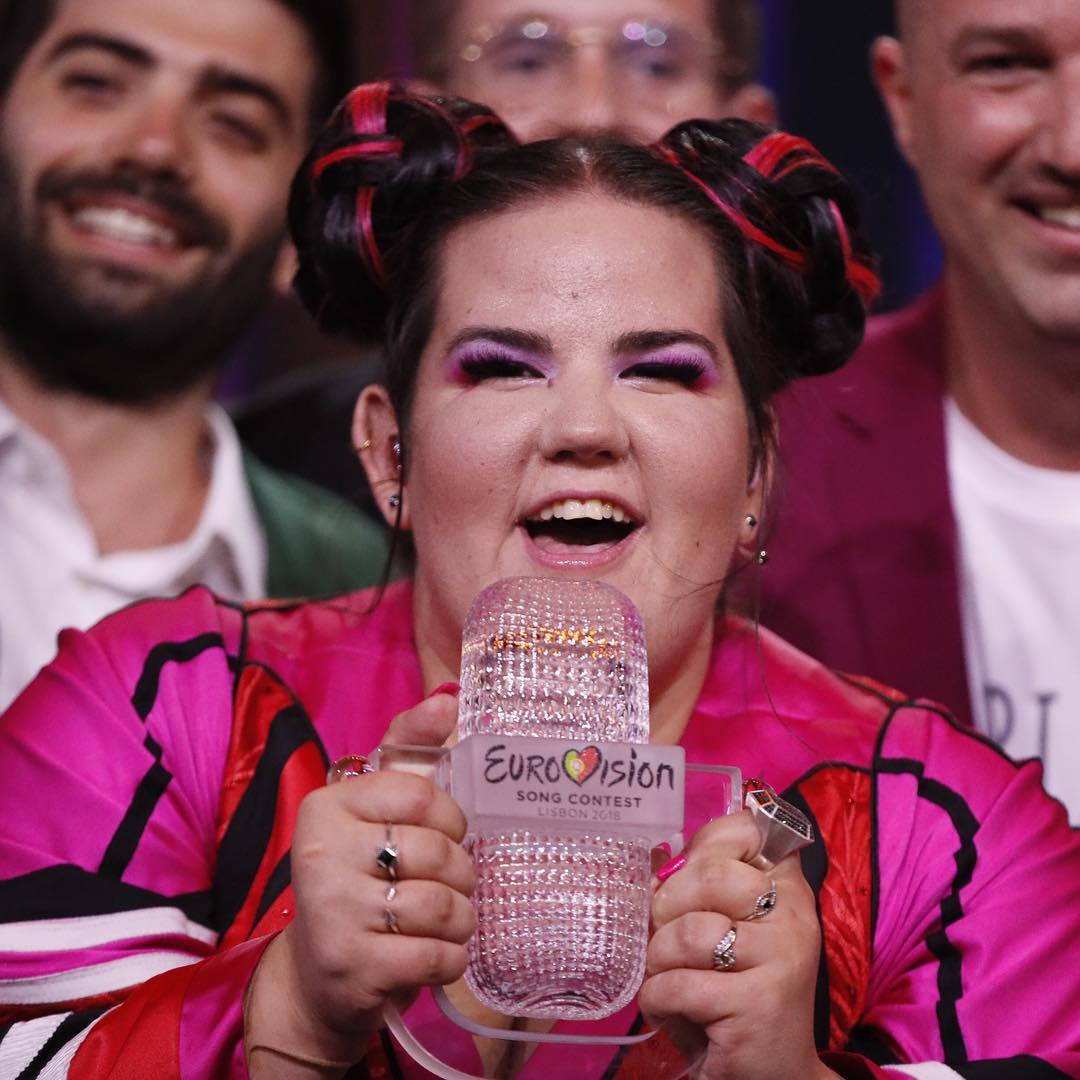 So with all this in mind, we were able to confidently say that the televote would be between Israel and Cyprus - but we didn't know which. In our previous article we wrote: "...despite all the craziness in the market, it will most likely come down to Israel or Cyprus. We think Israel will have a high jury vote and a medium televote whereas Cyprus will have a high televote and a medium jury vote...", we flipped a coin and guessed Cyprus would win out of the two but in the end, Israel beat Cyprus on both jury and televote.

My personal feeling was that it was Netta's best performance and Cyprus' worst. On that basis and on the stats, I dutched both countries heavily but also made one large bet on Israel that would break-even if Cyprus won. TellyStats ended the night with 3 grand profit, which considering how crazy this year was, we're happy with - though last year we won 15 grand. Austria topped the jury vote, I knew that it'd be decimated in the televote but still put down a little money to reduce my red. Just goes to show that you can spend 2 years developing a site all about stats and still have a moment of weakness...

As for other entrants outside of Cyprus and Israel, we really didn't have much of a clue, Ireland hitting 6/1 was utterly ridiculous and I believe had more to do with punter's panicking and covering yet another red. This kind of FOMO (fear of missing out) is something you see all the time in financial markets, people buying on market movements rather than fundamentals - and fundamentals is what we try to focus on at TellyStats. Norway, missed the mark, Bulgaria had long been dismissed, I think our article on France turned out to be accurate too. Beyond the two frontrunners it felt like a bit of a lottery, very few people would have had money on Austria to place 3rd, even if Cesar does have an excellent voice. I believe around 11 contestants hit 2nd favourite this year, in a field of 26 that's a remarkable event. We predicted in our previous article that Italy was a good bet for Top Big 5 based on it's YouTube video hits - it was a good shout but sadly missed, Italy did beat Germany in the televote, but Germany just topped it thanks to the juries.

Once again, we do have to take the good with the bad. Our stats completely missed the Ukraine, it's YouTube stats are the only reason it has a high average on the table above. I suspect it may be because it was the very first act on and people hadn't opened up Twitter/Facebook etc by that time whereas there's more of a delay with YouTube. Similarly, the stats missed Moldova entirely, it's success may reflect the Westernised social media platforms we monitor. Aside from those two though, everything is broadly in the right place and we have good reason to be pleased. 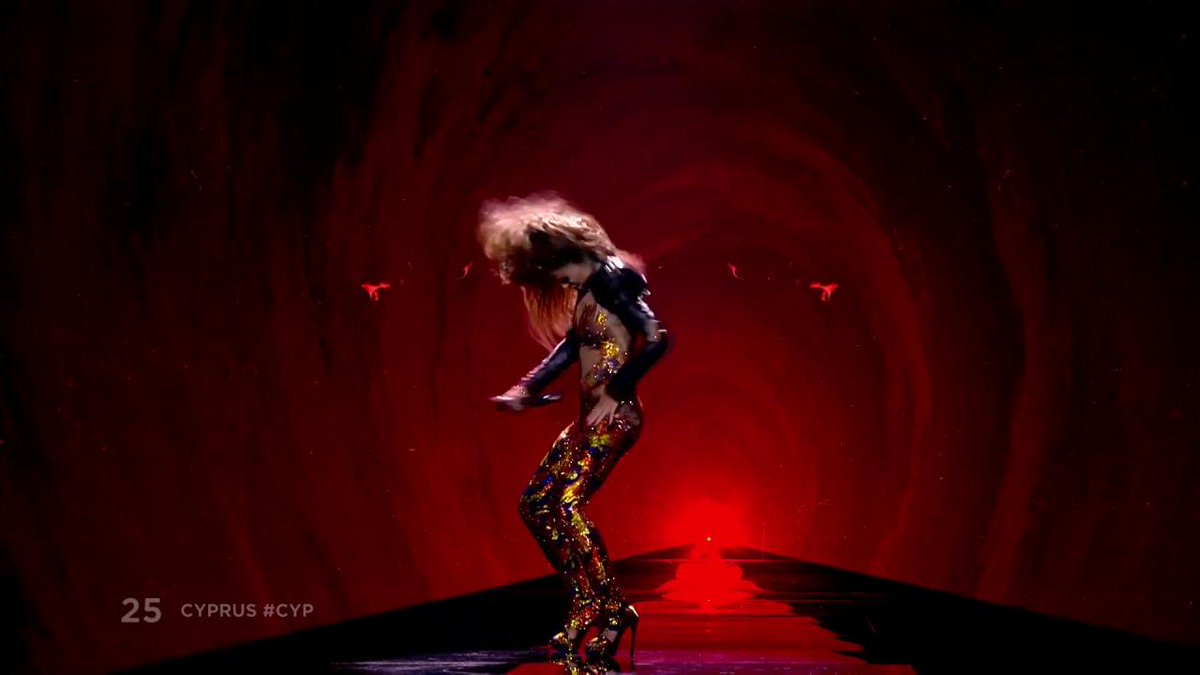 TellyStats has been in (often hurried) development since it's inception, we still consider the stats we show to be 'basic' and the information that we can eventually display with more time is far more accurate than what's currently here. This was the first year though that we went 'mainstream' and people really hit the website, used it as a source of information, referenced it and talked about it in blogs and chatrooms. Our Twitter followers are constantly going up and we suspect things will be even crazier next year too.

For the Eurovision Final we launched Twitter Live stats. They've successfully predicted the winner of every reality TV show since Strictly 2017 and Eurovision was no exception - we do need to work on the back-end of that though to get a larger set of data. We're also going to be launching a few new stats metrics this year including Followers for Twitter/Instagram and Spotify as well a iTunes tracking for Eurovision next year. There's still so much basic work to do on the site such as the Contestants page but please stick with us for other reality TV shows and if not, we hope our website was useful to you and hope to see you again for Eurovision 2019.