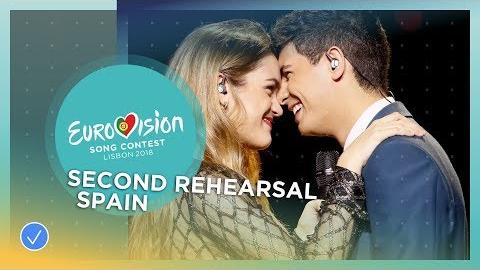 People often try to analyse social media stats to gain an advantage in betting markets, or just to see how their favourite contestants are doing. However, the stats can often be misleading if this is done manually. Take YouTube for example, a video uploaded 25 hours ago and a video uploaded 47 hours ago will both have Uploaded: 1 day ago under the listing, despite one video having been up for almost double the time.

TellyStats takes a different approach by collecting social media stats at exact times using automated scripts. This ensures that if we want the metrics of a video 24 hours after it was uploaded, we get those metrics right down to the second, this eliminating confusion and bias.

We analysed each country's Second Rehearsal YouTube video and took stats exactly 24 hours after the upload time and found some interesting results that are worth sharing - particularly if you're betting on these markets. These are untested stats, the first time we've taken them so it's up to you to decide if you want to take action based on the results.

We took the Views, Likes and a Combined total (which is Views * Likes, the result is then divided by 100,000 for legibility). We also included Dislikes just for fun, they're not so relevant as Eurovision is a positive vote event, effectively you're voting to save a contestant, not eliminate but worth adding just to see. Click on the column headers to snap the data into descending order.

If you think these numbers are flawed, let's look at another set of data. We took the current market leaders and stuck them into Google Trends - we also included Spain because of the interesting numbers it generated in the YouTube tables. As you can see, searches for Spain have been consistently popular throughout the contest so far, second only to Israel. Cyprus' burst of popularity is a recent phenomenon. There has been a lot of hype for various countries this year, seemingly at random - all of this data may be stripping away hype and showing us where the popularity really lies. Feel free to visit our Google Trends page to play with this a bit more.

Before you go rushing off to gamble your mortgage, a word of caution. Stats here, and anywhere on this site should be read as a general guideline, context is always the most important, unquantifiable metric. This is the first year we've taken Rehearsal metrics so we've no idea yet how/if they correlate to reality. There is generally an incredibly strong and undeniable correlation between social media stats and reality TV results, but you should add a margin-of-error you feel comfortable with. TellyStats monitors various metrics to give as holistic a view as possible - with new metrics coming soon that provide ever more accurate results. As with last year, we'll be monitoring the Semis and the Grand Final of Eurovision live on the night, in such a difficult year to call, you can't afford not to be here.

Brilliant article, thanks. I've thought all the way through that some in semi 2 are overrated. I've also been following youtube which confirmed that idea, but I didn't do an exact equal interval for all like you which is a much better stat..
(I couldn't log in with Firefox).