Bulgaria: Betting Expert REACTS To "Growing Up Is Getting Old" by Victoria - Eurovision 2021 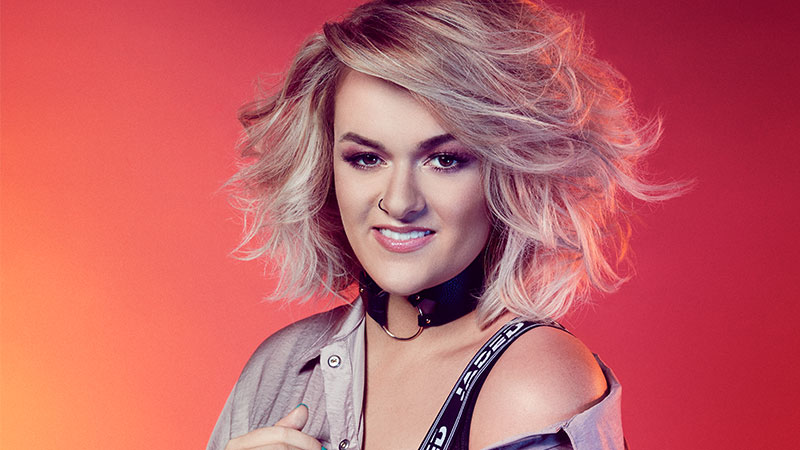 Does anyone truly think that the X Factor begins and ends with the 8 - 10pm timeslot on Saturday and Sunday? Syco holds a virtual monopoly of the charts after 13 years of churning out X Factor singers, a commanding (though dwindling) leverage within ITV as well as many friends within the tabloid media only too willing to publish whatever story they're handed - after all, the stories will sell papers and lack consequences. For the X Factor, history is there to be repeated - the same narratives and tactics over and over, the same column inches repeated with the same content but featuring different names - lapped up by a public unaware that they've read the story before. Predictable as a metronome the same tropes appear to those who look for them.

Everything you see is a deliberate decision designed to gently sway you towards the narrative the producers have in mind - conspiritorial as it seems - picking up on these signals at the early stages and formulating a theory about why they occurred tends to correlate positively with end result of the target. That lighting, that camerawork, that staging, that song, that VT, that running order, those clothes, those dancers, those vox pops, those judges comments, those news articles - none of it is an accident. Any story released in the media is there because it was meant to be released, any story that is supressed is because it was ordered to be supressed.

This week we celebrated a dependable X Factor favourite, the 'diva' news article. Grace Davies was accused by 'an insider' (and it's always 'an insider') of displaying a 'diva' attitude behind the scenes. This story is no accident and anyone who has placed money on Grace winning the show should be concerned. The producers still have time on their side at this early stage in the live shows, so they'll throw out a story like this to draw first blood. The diva accusation, though fairly mild, leaves a minute impression on the reader. Even if the specifics of the article are forgotten, the idea has been planted, the sentiment towards that particular contestant lingers on. As with ex-contestant Janet Devlin (Grace's roommate), Grace Davies appears to be the target of a vote-dampening campaign. If history is anything to go by, increasingly damaging stories may be just around the corner.

Within 24 hours of the first diva story appearing, other media outlets gleefully followed suit. First it was that insiders had complained about Grace's behaviour, followed by reports that Sharon Osbourne had stepped in and reprimanded her. Of course, it's a well-known fact that Sharon has next to no contact with her contestants besides when the show is airing. Sharon herself has described the diva claims as 'Bollocks'. We at TellyStats are inclined to believe her, after all, the diva motif has been played out over and over in the past with the same label applied to Katie Waissel (2010), Tamera Foster (2013), Lauren Murray (2015) and Honey G (2016) to name a few. Being called a Diva isn't the worst thing in the world though, is it? Contestants might even think these kinds of opportunistic non-stories appearing in the papers are just part-and-parcel of the whole experience. Perhaps this would be fair if the stories weren't being sanctioned by the show themselves.

It can get worse - stories began appearing in the press about 2011's Johnny Robinson being a benefits cheat, as did Wagner (2010) in his series. Indeed, Wagner was an easy target - a bit weird and eccentric, he was later accused in multiple outlets during the show of being a pervert. Not quite the same, 18 year old Misha B (2011) was famously branded a 'bully' on live TV though this was later refuted by the contestants. Frankie Cocozza, after producers discovered he had taken cocaine and would need to leave the show, promised him they would not reveal to the media why that decision had been taken, they went back on that promise minutes later and the story was released. 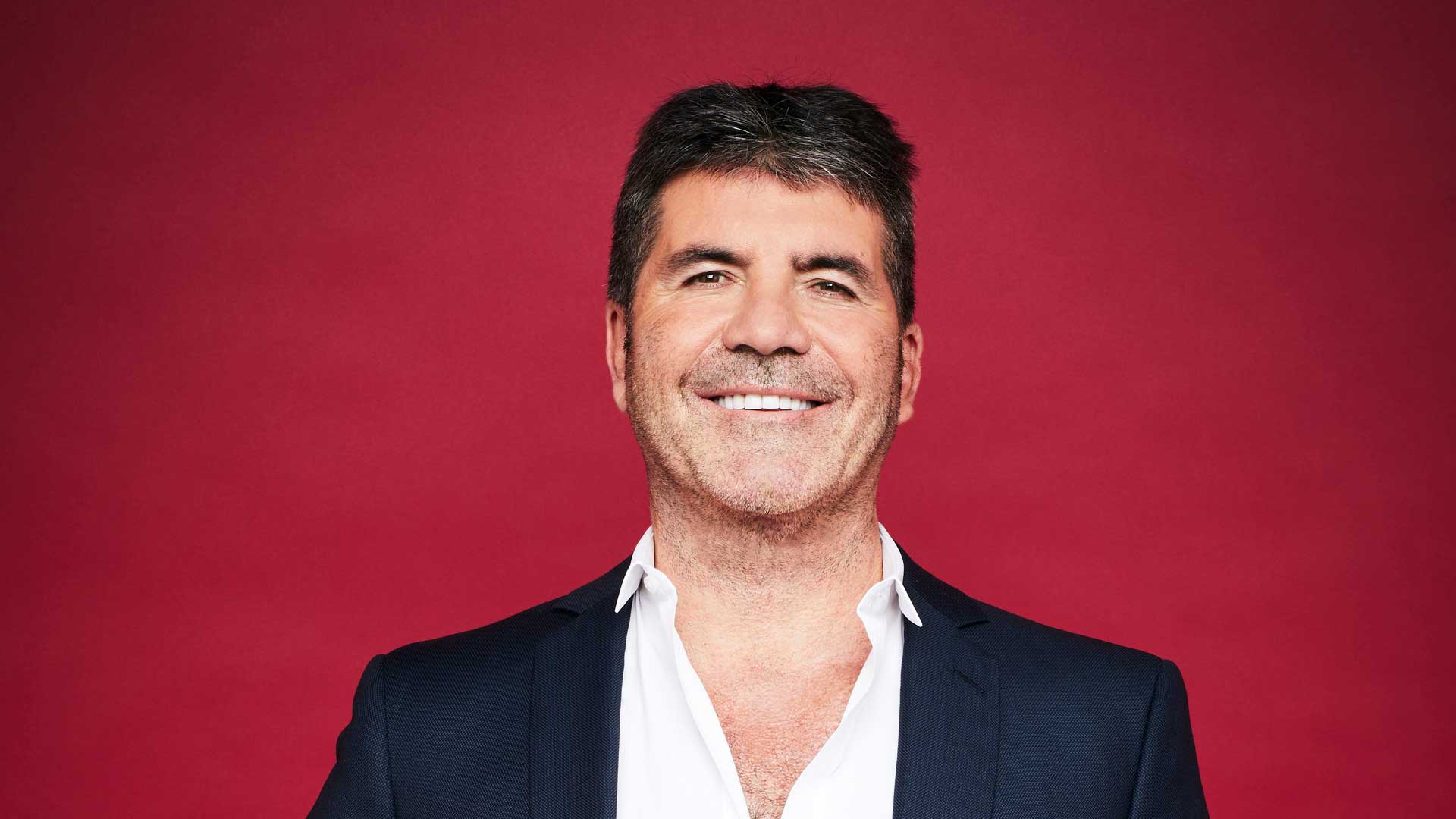 Christopher Maloney (2012) deserves a special mention though as the contestant that has taken the biggest beating the show has ever dished out on a single individual. The voting results showed that he had lead the vote every week up to Week 8, a remarkable achievement - even more remarkable given the treatment he received on and off the show. Ignoring how clear it was during his performances that he was not welcome, the producers were working overtime with the media to get him off that top spot. It started fairly mild, accusations of rudeness, lateness and snubbing of celebrity guests (he had actually been visiting his grandmother who was unwell). Things took a very serious and unprecedented turn when stories appeared accusing Christopher of attempting to strangle a woman. Even when the stories are refuted or debunked, we all know the saying that a lie can travel half way around the world while the truth is putting on it's shoes - accusations and scandal affect us far more than retractions and rebuttals. We have to remember also that these are real people who do not deserve these kinds of accusations causing lasting damage to their reputation and emotional wellbeing for the simple crime of entering a singing competition.

Until the voting results are released at the end of the series, we won't know where Grace stands, however given that she's taken a bullet, it's unlikely she's too far from the top. Her treatment from here will depend very much on whether or not the X Factor producers feel they have her vote under control and can dispatch her when she's no longer needed. All of these stories function as a useful tool for the producers and it's clear that the media eat out of their hands - however it can also be argued that they'll refuse to bite the hand that feeds them too, even when they should.

Given that the media are so quick to churn out story after story about X Factor contestants, it's curious that they lack the same enthusiasm for stories that Simon Cowell may not be so keen on, despite them being well worthy of column inches. X Factor winner Steve Brookstein was ignored and derided as a bitter nutjob after making accusations of sexual impropriety against Simon Cowell, Sinitta and Simon's ex-girlfriend Jackie St Clair way back in 2004 after the trio allegedly cornered him just before the final. Brookstein has resolutely stuck to his story ever since. Since Brookstein, Katie Waissel and X Factor make-up artist Julia Carta have recently come forward making claims of sexual assault against individuals at the X Factor. Brookstein has suggested that even more unnamed individuals are revealing their stories behind the scenes now and that this entire saga is being deliberately supressed by the media that sit firmly within Cowell's grip.

Inevitably, the truth (in whatever form that takes) will eventually get the airtime it deserves. In the meantime though, even with the claims of sexual assault overlooked - it's clear that The X Factor and the media's relationship is at best distasteful, spreading false and damaging information about individuals who lack the means to defend themselves in order to generate column inches and increase advertising revenue. Whether or not Grace survives to take the win this year remains to be seen, however the evidence suggests that she may be in for a disappointment before the show runs it's course.

What do you think? Are the X Factor planting stories in the the media to influence the result or are we just crazy conspiracy theorists? Let us know your thoughts in the comments section below.

Edit: Just a few hours before this article was published, another news story appeared claiming that Grace Davies had been in a brawl over an iPad...

This is absolutely the case. I know, I was there.

Rhydian, if that really is you - thanks for commenting.
We've also been Retweeted and had this info confirmed by various others within the X Factor circle. Hopefully people begin to wake up to what they're reading.

The whole media is curropted by Simon Cowell and team.Not only media but also Radio! Taking advantage of people with dreams and aspirations is bad! So disgusted by Simon's behaviour! I really wish for everyone to wake up n realise the truth! We need more real stories out there!

Spreading this story far and wide. This needs to be heard, not just the "truth" Simon Cowell wants spread.

Yes. Why do you think Simon was off the whole of the weekend after "fainting" because of a "fall".... He had a TIA (mini stroke caused by smoking and frequent plane travel....

Welcome to the wormhole! I love that after so many years and 6 million less viewers, people can still be naive about this.

Yes it's prietty obvious actually that X factor treat people this way, Aidan Martin even though didn't quite make the show was an example too, his time getting through the auditions was blighted heavily by the their press office and spoilt his experience, he had an incident with a so called "stolen" credit card, a six years out of date one at that he had tried to spend £43 on some years before he served his time, took his punishment and that was it, or so he thought, so X factor dragged it all back up again which was actually illegal as it was done and dusted and a certain amount of time had passed. Poor kid having to go through it again, let him sing it's only a singing show for gods sake.
The next story was he was a supposed sex addict, attending orgies at a place in London he says he's never even attended, X factor said someone sold that story on him, pathetic, this was a young gay man living in London, he was an easy target, it didn't matter how talented he was they were going to make his life hell. Well the good news is, he will now do well without them, as he's in no long contract so they did him a favour by getting rid of him early. Yes he got a decent platform that's the only good thing that came out of it, I wish this young man all the luck in the world he has a an amazing talent and I am sure we haven't seen the last of him